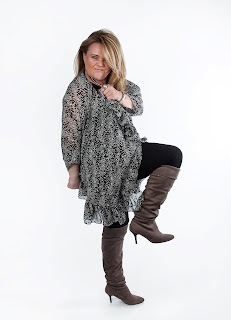 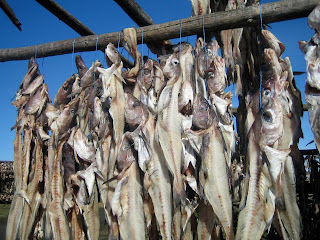 Are you happy with where your life is heading? ... or not??

Most of the time you are your own obstacle. You do not let your dreams soar because you fear something imaginary – something awful that might conceivably happen.
For a very long time I made security a priority in my life. This was certainly true when it came to my finances. That is why it suited me well to work in the health care sector. I did it for years, collecting my wages at the end of each month. Yet I am also trained as a visual artist, and since graduating from the Iceland Academy of the Arts in 2001 I have dreamed about working exclusively on my art.

After Iceland’s financial meltdown in 2008, I summoned my courage and quit my job. Many people were astonished at my timing… but I followed my heart, without further hesitation. I made a decision to devote myself to my art and to trust what is written in the Scriptures: “The Lord is my shepherd, I shall not want.” My life has been wonderful almost every day since then, and my level of material comfort has not changed.
I choose not to sacrifice my dreams for a “security” that is unreliable in any case. I would rather try my dreams on for size and find out how they feel. If they fit badly, I can always take them off – I hope.

Verily I say unto thee: Believe in the dream that fills you with passion, and follow it. Life is a lot more vibrant when you let go of your safety line and dare to climb new mountains.
(from the forthcoming book: Be a smiler…)

WHY HELPING OTHERS TO FLY? 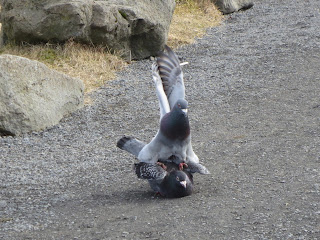 WHY HELPING OTHERS TO FLY?


“It is better to give than to receive.” This old adage speaks volumes. The smiles you send out always come back to you eventually.

We all have hopes and desires, and the quickest way to get what you want is to give it to someone else… with sincerity and joy. This is true for all things, both spiritual and material.

“I am one with all there is,” that is, a part of The Creator, and therefore I consider it impossible for me to do something to my neighbour, good or bad, without getting the same thing back. If I break my little toe, all of me suffers, because even though the toe is small, it is connected to the rest of my body. Even your enemy’s happiness boosts your happiness, upon closer inspection. A happy person is less likely to do harmful things than the one who is unhappy.

Jesus was a wise man, and one of his best pieces of advice was to do unto others as you would have others do unto you. This is precisely the point. If you want the love and respect of others, give them the same… generously, with praise and approval. Instantly you will feel as though you are worthy and that you matter. Furthermore, others will think more highly of you, and will not want to be without you.
( From the forthcoming book: Be a smiler... ) 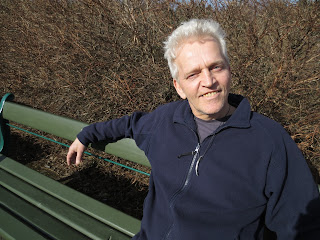 DO WHAT IT TAKES TO ACHIEVE YOUR DREAMS! 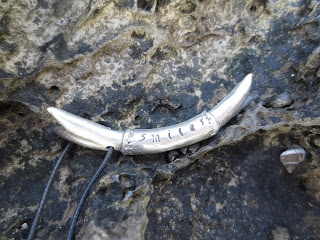 DO WHAT IT TAKES

TO ACHIEVE YOUR DREAMS! 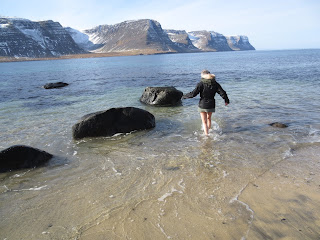 Gegga – my creator is a hero! She does everything – I  mean almost everything, for me... because I´m her BIG DREAM and she is my BIGGEST FAN.

Two days ago we were travelling in the country side, visiting a wondrous place in Iceland called Talknafjordur.
One beautiful day Gegga decided to take a walk on the beach, that happens to be one of the most amazing places in the world, at least that is what she thinks. She was carrying me; smiler with her, as always. The day before we had seen a beautiful rock on the beach and I wanted her to take a picture of me with that rock (just love rock and roll). But unfortunately her camera had run out of battery. So now we were going to give it another try and take some  shots. We didn´t think it would be high tide - but clearly it was. So the rock was surrounded by ICECOLD sea! Still winter here and the sea is always very, veeeeeeeery cold!!

Some people in Iceland are known to be a little crazy because they go sea-bathing. But not Gegga ... until that day! She took off her shoes and trousers and walked into the sea – freezing - and screaming loudly – but she made that shot!!